Nuclear power was once seen as bad alternative energy, but when seen in comparison to other energies it has many pros. Nuclear power is more expensive than other energies and does pose the question as to where to put its waste. But it does produce large amounts of energy continuously through the day, something that cannot be said for coal combustion. Also nuclear can be reproduced and is not entirely a nonrenewable resource. Nuclear energy is also the one energy that creates massive amounts of energy and is seen as the one way for America and possibly the world to stop worrying about energy problems. 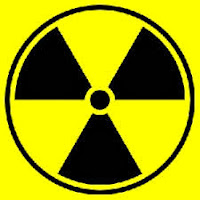 Do not get me wrong nuclear power has had many problems over the years, such as lack of control over it and the major question of how to dispose of its hazardous waste. Many events can be seen that illustrate the lack of control over nuclear power, one of the best is the Chernobyl disaster. It occurred in 1986 and proved to many people that nuclear power was a way to destroy america not help it build. The other major issue is where to put its waste. Waste from nuclear power is dangerous and can be harmful to many creatures including humans, if put near them.

After hearing these problems one can ask how does this affect me and why should I care. Well you should care because this is happening near your home, Earth and if someone does something to affect to the plant and wildlife in your home, doesn't this affect you. While you may think you don't have a active role there are many people who have the same opinion as you and do not realize that by sheer numbers peoples point of views can have affects and make a change. Be sure to know that if we change from nuclear power or to it what would happen and what would we change to.

While I don't know whether or not to support or denounce nuclear power, I do know that the people who support it and reproduce it should get their facts right and learn to handle it in a safe way.People are getting injured and the waste can hurt many people if not disposed of in many ways. For people like me , who have not as of yet chosen a side, knowledge is the only way to see both sides objectively. I strive to learn more until I can choose a side. Until then I and everyone else should demand answers from people who suport what appears as a dangerous way to live. It is your right to demand answers, because after all we live on this world together, even if we are separated by social differences and water.
Posted by Unknown at 9/27/2013 08:46:00 AM No comments:

How is your challenge going?

My challenge is going pretty much okay. I have had to make some exceptions  though like I've used a lot of paper lately due to the fact that I am in College and that really doesn't help with the carbon footprint thing. I have cut down on power usage and I don't really use a lot of chemicals. My  most atrocious sin in the way of greenness is my college commute I do not really travel that far, but I am going to see what I can do about that to not seem like a hypocrite. Anyway I have been trying to print less, but last week I totally had to print 7 papers so that was not okay. I am going to try to update my blog challenge every now and then, but I am trying to maintain a A average so lets see how frequent this happens. I promise that I will not become discouraged, because of the lack of comments and readers. I think blogs are really cool and greener way to communicate than a piece of paper or a book. Anyway the blog and school are going okay, so as people say, "It's going to get worse before it gets better". So I hope this ends with a clear win for me good bye, and  be
safe until next time.


The land I call Home.

I live in agricultural environment, on several acres of land. My home that i live in, is seated at the end of a gravel road, fits me and my family comfortably. The environment is quiet and peaceful  especially in the summer time when the only noises are the sounds of nature and the occasional farm equipment. My mother has a successful garden and we own own some pets. We have only a few neighbors and everything is usually pretty quiet. I live close to many stores and the college that i go to, so the commute is usually pretty short. We go on top of many field trips and that helps to keep a varied view of the world. My family and siblings usually enjoy the peaceful environment and each others company. I would not say that my home and the surrounding area is free from issues, we handle our share of environmental and political issues, but as a whole i would say that my home life is pretty much complete and healthy due to the effort put into it. We have a large gravel parkway and a few outbuildings.We have a landscape that is kept groomed, and an orchard that bears some fruit. Our land also provides us with a few nessecities such as heat in the form of fire wood and hay for our animals. In conclusion, i would say that my home is successful and a happy environment.  While their are needs, I have found perfection in the fact we try hard to maintain it and the fact that many people do without, so I have pride and awareness in the that I claim what many seek. A home is your base their you find safety and protection, it can be anywhere and can look away.
Posted by Unknown at 9/20/2013 08:39:00 AM No comments:

Polar Ice : Why global warming is one very hot topic?                                                                                         Polar ice is diminishing at a larger rate now than before 10,000 years ago.Their death could mean the end of some species or complete lifestyle changes of many other species, such as birds, many land-dwelling creatures, and even humans .To understand the importance behind this, we must understand first what global warming is and why it poses such a threat .Global warming is the rise in average temperature of Earth's oceans and atmosphere. So when global warming affects areas such as the polar ice ,it causes them to melt leaking fresh water into Earth's water bodies changing marine living conditions and causing the water level internationally to rise. An example of global warming changing living conditions, is polar bears. Polar bears have been effected by global warming because their natural environment is melting ,which leads to some of their food to leave. Since the natural environment for polar bears to live in is the polar region, when global warming (GW) causes their environment to melt and their food sources to leave or die , they can no longer live the same way they were living previously.They will experience changes in hibernation(they will have to hunt more ,during the winter), they will breed less(leading to less polar cubs) and due to both of these factors their weak will die of hunger and their population will reduce drastically in number. Global warming cannot be blamed though, if the ozone layer was never weakened, the sun would not have been able to access the earth with its powerful rays.Humans have caused this occurrence and will have to pay for it. A few people watch the changes of the earth and see its  ill effects on global warming ,higher ocean-levels and warmer temperatures. Peoples use satellites to interpret earth's messages and find solutions for the current nature issues. Some researchers have used satellites for as much as 20 years (this is a lifetime for many people), they use their satellites to track global warming from space. Some of the most valuable research on this subject is gathered from space ,the weakened areas of the ozone layer, gases built up in the atmosphere and the rapidly melting ice caps. In conclusion, whole islands are being consumed due to the rising ocean level, and the world is going through massive droughts and fires due to global warming.

A brief interpretation of Barbara Kingsolver's "Called Home"(an excerpt from her novel "Animal,Vegetable,Miracle)                                                                                                                   "Called Home" is a woman's literally chronicled story of her and her family's journey from and to different states of living. In Called Home, Barbara Kingsolver makes a drastic change in her life  by leaving her home and best friends in Tucson, to go embark on a sojourn that leads her and her family to the southern Appalachians and moderate self sufficiency. Her reasons for leaving Arizona were, because she wanted the food and water she and her family consumed to come from the land instead of being shipped for miles until it finally hit her table. Kingsolver wanted her children to experience real food (not processed, food where it is so processed it barely contains the "main ingredient"), she stressed the importance of knowing where your food comes (she wanted her children to know that  potatoes come from the ground and the milk for their cereal came from a animal or maybe soy),and most importantly she wanted her children to experience something her and her husband experienced as children, nature. She also stated that there is enough food to feed everyone in the world, but due to mismanagement and overeating, some people go hungry and others get fat.What she says is that this waste is unnecessary and people do this for profit and gluttony. Kingsolver felt as if the natural world was being exploited so much it would eventually stop healing and producing as much as it now does. Kingsolver saw how negative peoples views of nature are , dirty and bothersome,because food comes from "dirt" and nature rains on our days of leisure and realized that a lack of respect could lead to a down fall of humanity. Instead of seeing these things as nuisances she thought people should embrace the fact that we have earth to grow our food in and the fact that we have rain to nurture it with, even if rain falls on the day of our outdoor wedding. Kingsolver predicted that with all of the superfluous energy, that goes into food production and the abuse that nature undergoes daily (bug deterrent,weed killer and birth control pills) one day the world as we know it will no longer exist, there will actually be a food crisis(instead of food mismanagement)  their will be droughts and unbearable heat(due to global warming). If we continue inside of this fashion, the land will become bare and ruined and it will not fun.
Posted by Unknown at 9/05/2013 06:08:00 PM No comments:

A view in numbers